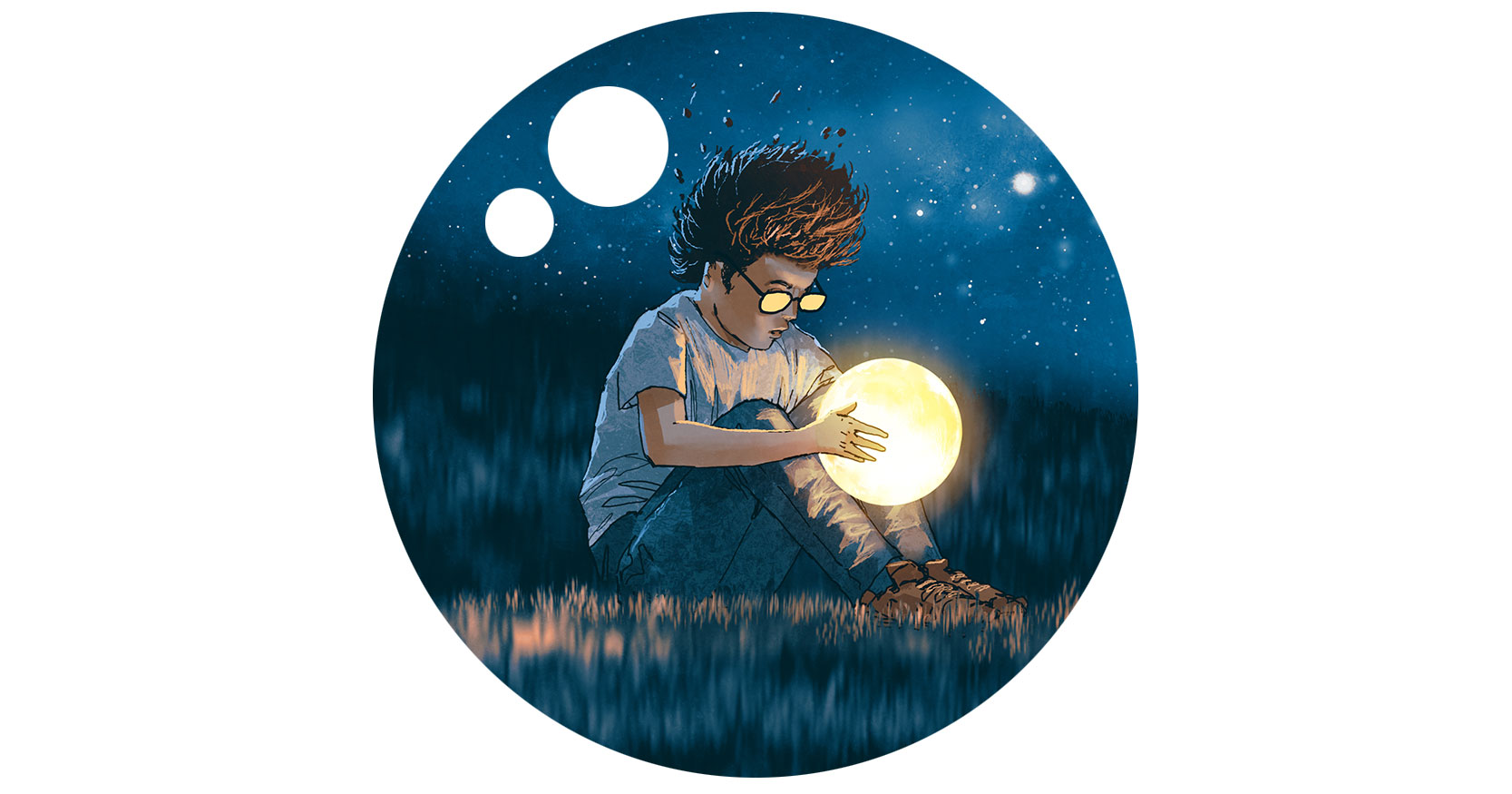 It still is, and your imagination still has power.

There’s a kid here at OrangeBall that we could all use as an example. Beau’s son Brody has one of the greatest imaginations we’ve ever seen. At a recent party, he told stories of building a cardboard Skee Ball game complete with a working ball return. He also spent the evening with a marker in hand, drawing great cartoons for all of us to share. From what his dad has shared, Brody also puts on a puppet show that will take you to the edge of your seat, and with his sister runs a mean lemonade stand.

The kid has imagination. And, in talking to him, he actually believes anything is possible.

It leads me to this question… What if we still thought that way?

Growing up, becoming an adult, and gaining wisdom is great. Unfortunately, it’s also what holds us back. At some point, maybe in high school and more likely in our first jobs, we begin to get jaded. We begin to see the world through the lens that everyone else sees it through. We begin to see cardboard boxes as cardboard boxes and nothing else. The world steals our imagination, and instead of our “what-if’s” being focused on great potential, we only see how our ideas could fail. Instead of imagining building great things, we imagine what will happen if chasing our dreams doesn’t turn out.

So, we focus on what’s “realistic” – not what could happen if we used our imagination and trusted the kid inside of us.

Brody isn’t thinking realistically. All he sees is what could be and what IS in his head. He hasn’t had the chance to get jaded yet, and so his imagination is running hot.

Thank you, Brody, for the reminder.

Call-to-Action
Be Brody. See life like Brody. Go unpack your imagination and start thinking like a kid again. Let off the brakes and start chasing what’s possible… without reminding yourself of what’s realistic. “Realistic” is B.S., and your imagination is the gateway to everything.

Discover Bootcamp
We use cookies on our website to give you the most relevant experience by remembering your preferences and repeat visits. By clicking “Accept All”, you consent to the use of ALL the cookies. However, you may visit "Cookie Settings" to provide a controlled consent.
Cookie SettingsAccept All
Manage consent