Skip to content
Previous Next
Everything Starts with Imagination 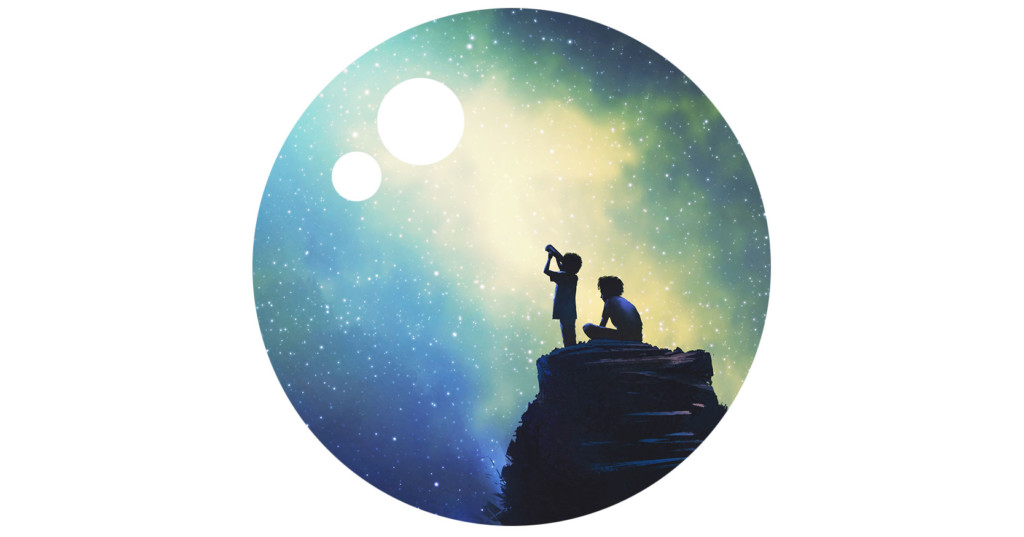 Everything Starts with Imagination

As a marketing firm, we spend a lot of time talking about creativity. It’s a great word, and we’ve even included it as part of our name – we feel it’s that important to what we do. Creativity was one of the 3C’s we built our agency off of, along with Consistency and Connections. We love the word. However, there’s another word that’s often tied to creativity, and it may be even more powerful…

When we were kids, imagination was part of us, part of growing up. A cardboard box became a spaceship, or a cloud in the sky took the form of a dinosaur. We played pick-up basketball at the park and pretended we were about to shoot the game-winner and take home the championship. A blank sheet of paper became the world’s greatest piece of art. Imagination was part of our DNA.

Then, as we grew up a little bit more, we learned the rules. Cardboard boxes took on a more functional form, and the clouds in the sky became signals for what weather was approaching. Pick-up basketball under the summer streetlights turned into basketball practice with set plays and proven strategies. We learned art techniques and were encouraged to study the masters and the way they did things for our inspiration. Throughout our world, certain rules popped up, and we got more fenced in. Imagination started to get fenced out.

So what if you took a moment and reconnected with your imagination? Perhaps you took a morning, sat outside at a park or your favorite coffee shop, or watched a sunset at the beach and didn’t do anything but ask yourself, “What if…?”

Every good thing we’ve ever accomplished started with a thought, a spark, an idea. That’s where it all begins, but we need to give ourselves the freedom and space to create those ideas. With no regard for the rules, and no focus on words like “impossible” or “can’t,” we need to step away from what is and open our minds to what could be. Reality isn’t always real – sometimes it’s just the status quo we’ve settled for.

The world has this sneaky way of putting us in a (cardboard) box and making us feel stuck there. By college, we’re expected to know who we want to be, what we want to do, and where we want to go. Even as young kids, we ask grade school kids what they want to be when they grow up. They haven’t even experienced a small slice of the world yet, but we want them to choose their fate and think long-term. The reality is, we should all be continuing to re-imagine our lives all the time.

Take that challenge you’ve been wrestling with, or something you’ve always toyed around with starting, or that bucket list item you’ve been packing away for later. Begin to think BIG about what it could be if there were no boundaries or rules. Remove “impossible” and “can’t” from the conversation, and allow your imagination to roam freely for a bit – and see where it takes you.